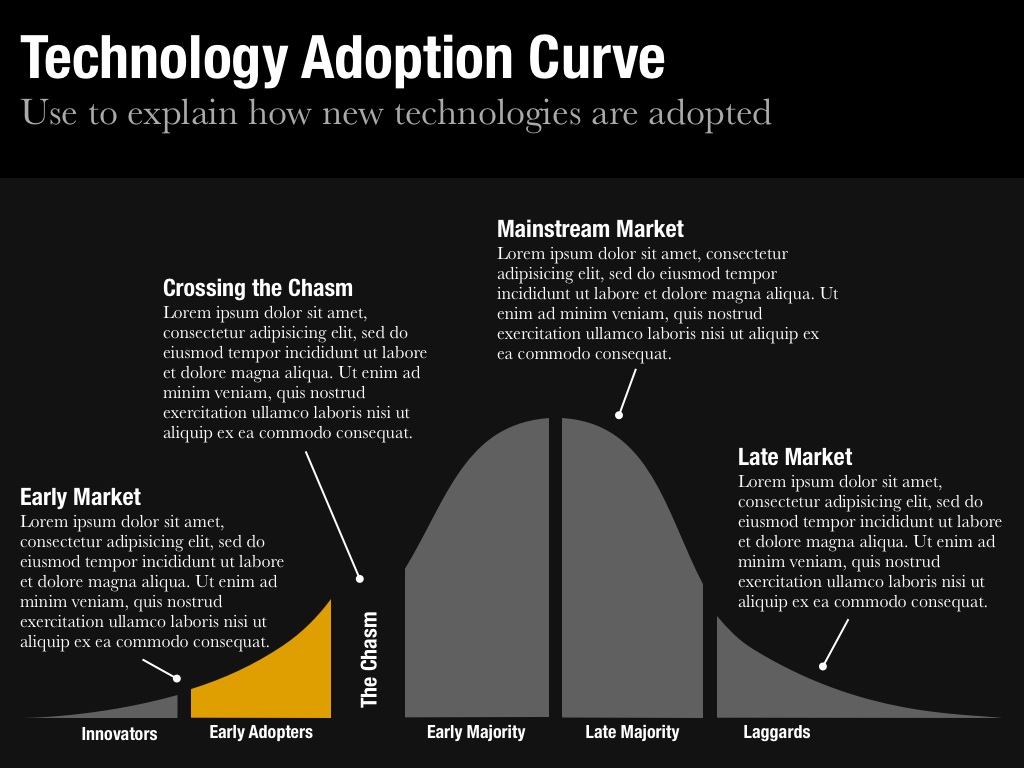 Use this Technology Adoption Curve slide to visualize the behavior of individuals and organizations when adopting new technologies. This theory has evolved since first put into practice for farming to include consumer products and technology. More recently Geoffrey A. Moore, in his book Crossing the Chasm

, used this model as the foundation for how to market high tech products during the early start up period. The process of adoption is illustrated with a bell curve and contains five defined groups of people based on specific demographic and psychological characteristics.

The characteristics of the five groups include:

Get the Technology Adoption Curve presentation template in a bundle with every other slide on this site for just one low price:

We think Slidevana will change how you do presentations for good, but the best way to see what Slidevana can do for you is to give it a whirl. Try it risk free and if you aren't 100% satisfied, just let us know.